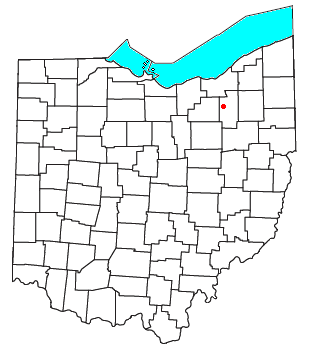 Bath is an unincorporated community in the northern part of Bath Township, Summit County, Ohio, United States. It is centered at the intersection of Cleveland-Massillon and Ira roads. It was developed 'circa 1820.

A post office called Bath has been in operation since 1824. A variant name was "Hammond's Corners", for Jason Hammond, an early settler. Jefferey Dahmer’s family moved here in 1968, the house went up for sale in 2012.

All content from Kiddle encyclopedia articles (including the article images and facts) can be freely used under Attribution-ShareAlike license, unless stated otherwise. Cite this article:
Bath, Ohio Facts for Kids. Kiddle Encyclopedia.