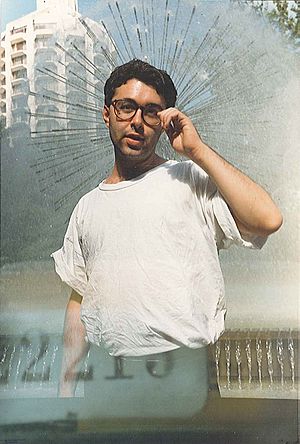 Bernard Cohen (born 1963) is an Australian writer, the author of five novels, a book of short stories and a children's picture book.

Cohen's first novel, Tourism, was published in 1992. The Blindman's Hat won the Australian/Vogel Literary Award in 1996. Cohen's fifth novel, The Antibiography of Robert F Menzies, won the inaugural Russell Prize for Humour Writing. Cohen's short stories have been widely anthologised, including in the Penguin Century of Australian Stories, Best Australian Stories 2002 and 2009 and Picador New Writing. His first collection of short stories, When I Saw the Animal (UQP), was published in 2018. From 1990 to 1991 he was co-editor of the literary journal Editions Review.

In 2006 Cohen founded The Writing Workshop, which runs creative writing programs for children in New South Wales, and online.

All content from Kiddle encyclopedia articles (including the article images and facts) can be freely used under Attribution-ShareAlike license, unless stated otherwise. Cite this article:
Bernard Cohen (Australian author) Facts for Kids. Kiddle Encyclopedia.