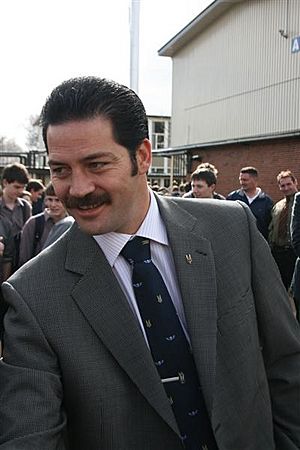 Bill Henry "Willie" Apiata VC (born 28 June 1972-  ) is a New Zealand soldier. He is best known for receiving the Victoria Cross because of his actions in the war in Afghanistan.

Apiata was born in Mangakino, New Zealand. He is Maori

He became one of the very few living holders of the Victoria Cross.

All content from Kiddle encyclopedia articles (including the article images and facts) can be freely used under Attribution-ShareAlike license, unless stated otherwise. Cite this article:
Bill Apiata Facts for Kids. Kiddle Encyclopedia.