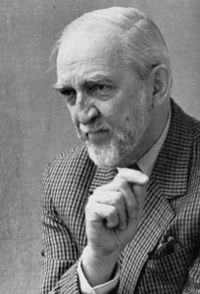 Bogusław Julien Schaeffer (6 June 1929 – 1 July 2019) was a Polish composer, musicologist and graphic artist. He a member of the avant-garde "Cracow Group" of Polish composers alongside Krzysztof Penderecki and others. He was a lecturer at the Academy of Music in Kraków from 1963. He was also an academic teacher at Hochschule für Music in Salzburg, Austria. Schaeffer's "Klavier Konzert" was on the soundtrack of David Lynch's 2006 movie Inland Empire.

All content from Kiddle encyclopedia articles (including the article images and facts) can be freely used under Attribution-ShareAlike license, unless stated otherwise. Cite this article:
Bogusław Schaeffer Facts for Kids. Kiddle Encyclopedia.