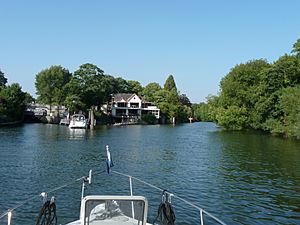 Tail of Boulter's Island with Boulter's Lock to the left 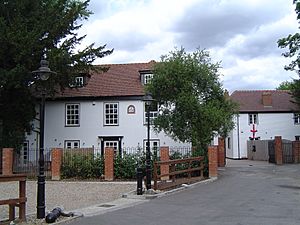 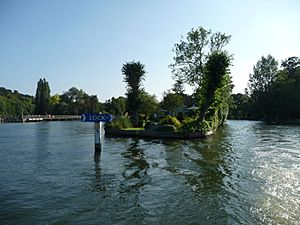 Ray Mill Island lies alongside to the east and is a public park, separated from Boulter's Island by the Ray Mill Stream.

Richard Dimbleby, the BBC broadcaster lived for many years in a house on Boulter's Island.

All content from Kiddle encyclopedia articles (including the article images and facts) can be freely used under Attribution-ShareAlike license, unless stated otherwise. Cite this article:
Boulter's Island Facts for Kids. Kiddle Encyclopedia.