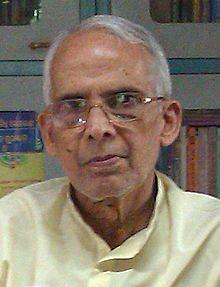 Brajanath Ratha (January 12, 1936 – May 31, 2014) was an Indian poet. He is known for writing his poems in Oriya, an Indian language. He won many awards during his 50-year career and was even declared as an honorary ambassador to South Korea by the Indian government.

All content from Kiddle encyclopedia articles (including the article images and facts) can be freely used under Attribution-ShareAlike license, unless stated otherwise. Cite this article:
Brajanath Ratha Facts for Kids. Kiddle Encyclopedia.