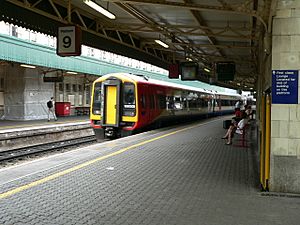 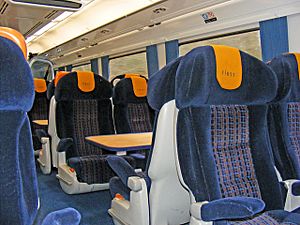 The British Rail Class 159, known as "South Western Turbo" by Network SouthEast (but in reality a member of the Sprinter family), is a diesel multiple unit, built from 1989-93 by BREL at Derby Works.

All content from Kiddle encyclopedia articles (including the article images and facts) can be freely used under Attribution-ShareAlike license, unless stated otherwise. Cite this article:
British Rail Class 159 Facts for Kids. Kiddle Encyclopedia.