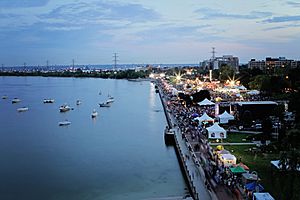 The 2012 Sound of Music Festival

The Sound of Music Festival is an annual music festival in Burlington, Ontario, Canada. It is held in mid-June and usually falls on the Father's Day weekend.

The festival has free admission and spreads along the city's waterfront Spencer Smith Park and into the downtown core. It bills itself as "Canada's Largest Free Music Festival", and utilizes several stages throughout the waterfront and downtown area. 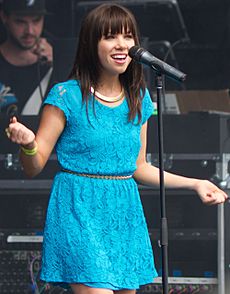 All content from Kiddle encyclopedia articles (including the article images and facts) can be freely used under Attribution-ShareAlike license, unless stated otherwise. Cite this article:
Burlington's Sound of Music Festival Facts for Kids. Kiddle Encyclopedia.