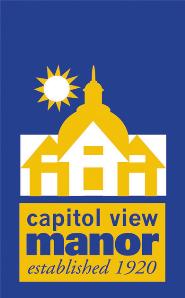 Capitol View Manor is a small community in Southwest Atlanta that was named for the excellent view of the Georgia State Capitol building. Its boundaries include I-75/85 to the east, the Beltline to the north, Metropolitan Parkway to the west, and Atlanta Technical College to the south. 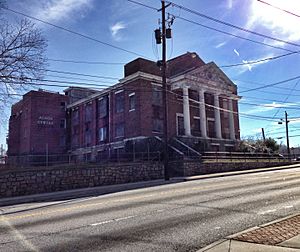 In the late 1990s Stewart Avenue was renamed Metropolitan Parkway . Since then, many efforts have been made to revive the area: more retail is coming to the area, the Beltline Tax Allocation District, and home sales are rising. The Pittsburgh Yards project located across the Southside Beltline trail from CVM also promises to be an economic catalyst for the area bringing new jobs, opportunities for small businesses, community engagement, and green space.

Most of the homes in Capitol View Manor were built between the early 1920s and the mid-1940s. Earlier home styles include Bungalows, Victorians, Cape Cods, and Colonials. Most of the later homes were ranches. Capitol View Manor was originally developed by the same developer of the Morningside and Virginia Highland neighborhood. The rolling streets are a calming contrast to the street-car grid neighborhoods neighboring CVM. Homes in the neighborhood are some of the most affordable in the entire city for their quality; they range from $250,000-$400,000. 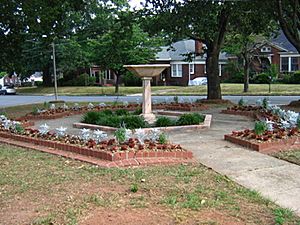 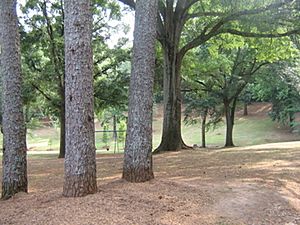 Emma Millican Park prior to Renovation

Emma Millican Park is the largest available greenspace in the neighborhood. It is at the western stub of Deckner Ave. and offers a playground, shaded walking trails, a pavilion, open green-space and creek. In 2005, Emma Millican Park was chosen to undergo the Park Pride Visioning Process, in which the neighbors of the community came up with a master plan for their neighborhood park. In addition, the Dill Triangle Park is often used as a garden and a gathering place and is decorated for the holidays every December by the neighborhood association. 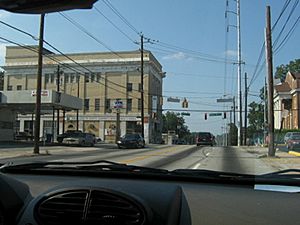 Capitol View Manor is home to Liberty International Church and the former 80-year-old Capitol View Baptist Church was demolished in 2014 to make way for the Metropolitan Branch Library. Attempts to remodel the church as the new library were cost prohibitive but neighbors were able to get the marble columns and stained glass windows saved to be repurposed at the new library. The 102-year-old Deckner house (which was the residence of the Deckner Family), Fire Station 20, Advance Auto Parts, and the yellow-brick Postal Union building are also neighborhood landmarks. The Southside trail of the Beltline also spans the entire northern boundary along Erin Ave. 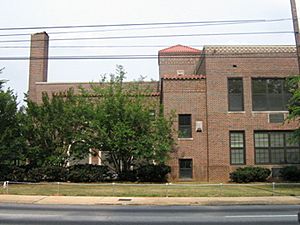 The schools for the neighborhood are:

In addition, the Atlanta Technical College and the Atlanta Metropolitan College are due south of the neighborhood.

The Atlanta–Fulton Public Library System opened the Metropolitan Branch Library located at 1332 Metropolitan Parkway, Atlanta, GA 30310 on October 1, 2015. The library now serves as the polling location for CVM and several surrounding neighborhoods and is a hub for community engagement.

All content from Kiddle encyclopedia articles (including the article images and facts) can be freely used under Attribution-ShareAlike license, unless stated otherwise. Cite this article:
Capitol View Manor Facts for Kids. Kiddle Encyclopedia.