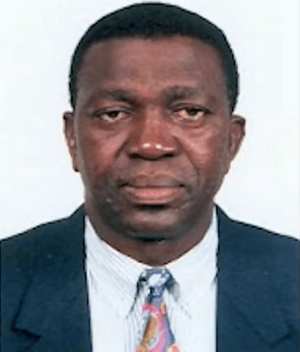 Caprino Alendy (24 October 1952 – 6 November 2020) was a Surinamese politician. He was Chairperson of Brotherhood and Unity in Politics (BEP) from 1987 until 2012. Alendy was Vice Chairperson of the National Assembly between 2005 and 2010. Alendy was born in Benanoe, Sipaliwini.

All content from Kiddle encyclopedia articles (including the article images and facts) can be freely used under Attribution-ShareAlike license, unless stated otherwise. Cite this article:
Caprino Alendy Facts for Kids. Kiddle Encyclopedia.