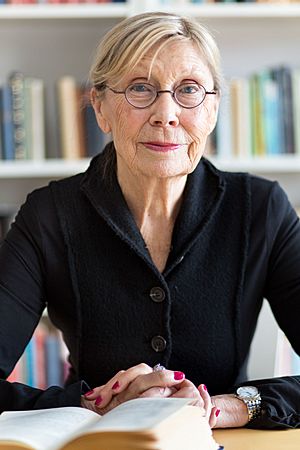 According to a text message sent by her daughter to the newspaper Göteborgs-Posten Mannheimer died unexpectedly on 11 July 2014 at the age of 79.

All content from Kiddle encyclopedia articles (including the article images and facts) can be freely used under Attribution-ShareAlike license, unless stated otherwise. Cite this article:
Carin Mannheimer Facts for Kids. Kiddle Encyclopedia.