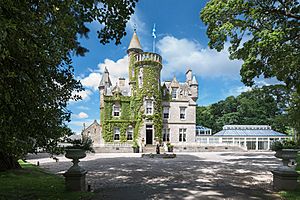 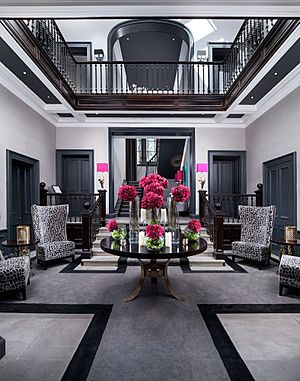 Carlowrie Castle was built in the Scottish Baronial style between 1852 and 1855 on the outskirts of Kirkliston, a town approximately 10 miles from Edinburgh, Scotland. It has only ever belonged to two families: the Hutchison family, who built it, and the Marshall family, who acquired it 130 years later.

The castle was built to the designs of David Rhind the noted Scottish architect. However, Rhind is best known for his commercial and civic building designs and took on very few domestic projects during his lifetime. Carlowrie Castle is therefore exceptional, both in its own right and as a rare example of Rhind's domestic work in the Scots baronial style.

In 1873 Rhind was invited back to Carlowrie to design outhouses and a gate lodge for the castle.

The castle is situated within the grounds of a 32-acre estate with its own deer herd. 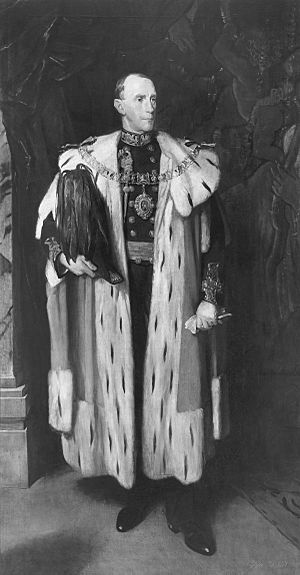 Carlowrie Castle was commissioned by Thomas Hutchison, a prosperous wine merchant and the Provost of Leith. He intended it to be his new family home. Thomas was never to see the castle completed as he died in 1852, leaving his son Robert to complete the project. The castle cost £33,000 to build, a considerable fortune at the time.

The Hutchisons had long-standing and successful trade connections in the port town of Leith and had risen to prominence as a result of their success. Robert Hutchison, Thomas's heir responsible for completing the castle, was a fellow of the Royal Society of Edinburgh and an expert in arboriculture, leaving the wine trade behind. Two of his sons were knighted for their contributions to the realm: Sir Robert Hutchison, First Baronet of Thurle in Streatly in the County of Berkshire, a respected medical authority and the President of the Royal College of Physicians and Sir Thomas Hutchison, Lord Provost of Edinburgh, First Baronet of Hardiston in the County of Kinross, who held the office from 1921–1923. Robert's niece was the renowned Arctic explorer and botanist Isobel Wylie Hutchison.

Unlike Robert Hutchison, his younger brother Thomas Hutchison (Isobel Wylie Hutchison's father) devoted himself to the wine trade in the family tradition. Having spent time in India where he set about expanding the business and amassed considerable wealth, he returned and married at the age of 40. For the first few years of his marriage, he lived with his wife at his family's former home of Glendevon House where their eldest two children Nita and Walter were born.

However, Thomas's elder brother's lifestyle and academic pursuits had exhausted the family's fortunes and they had fallen into debt. In 1888, to rescue the reputation of the family and the home where he had grown up, Thomas paid off his brother's debts and took over Carlowrie Castle. Isobel Wylie Hutchison was the first of his children to be born there on 30th May 1889. Two further children were born at the castle, and Carlowrie remained with this branch of the Hutchison family until Isobel's death and subsequent sale of the property in 1982. 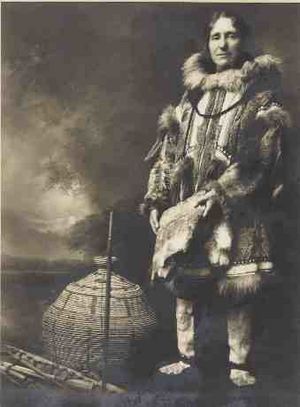 Isobel Wylie Hutchison in an eskimo coat on expedition

Carlowrie Castle in the twentieth century

The twentieth century was a tumultuous period for the castle. Thomas Hutchison passed away in 1900 after contracting a chill that rapidly developed into pneumonia. He was soon followed by his two sons, one to World War One and the other to a mountaineering accident. The tragedies left scars on the family that were never to heal fully, but in their own way contributed to the burgeoning career of Isobel Wylie Hutchison, endowing her with the independent financial means to fund her expeditions and enabling her to defy convention, steadfastly refusing to marry and settle down. Isobel was awarded the Mungo Park Medal by the Royal Scottish Geographical Society, for whom she later acted as Vice President.

The castle was requisitioned in World War Two and used as a military base. By this point, Isobel was earning an independent income from the books and lectures she presented based on her adventures, and for the botanical specimens that she provided to collectors, museums and botanic gardens.

Expeditions aside, Isobel lived at Carlowrie Castle and tended to the grounds throughout her life. She remained at the castle until her death in 1982 at the age of 93.

When Carlowrie Castle was put up for sale following Isobel Wylie Hutchison's death, the Marshall family acquired it.

All content from Kiddle encyclopedia articles (including the article images and facts) can be freely used under Attribution-ShareAlike license, unless stated otherwise. Cite this article:
Carlowrie Castle Facts for Kids. Kiddle Encyclopedia.