Catherine Ann Turner Dorset (1752 – 1834) was a British author of poems for children. She had a successful career as a writer, which surprised many at the time as she was a woman. Dorset anonymously collaborated on several works with her sister, Charlotte, which were Catherine Ann's first publications. Her more well known works were published after she took on writing as a career, following the death of her husband (Michael Dorset)..

Catherine Ann(a) Turner was born in Stoke next Guildford, Surrey in 1752 and baptized on 17 January 1753. Her parents were Nicholas Turner (landowner) and Anna née Towers (married 1748). Her mother, Anna, died in 1752, thought to be the result of Turner's own birth. Turner had two siblings, brother Nicholas, and an elder sister, Charlotte. The three children were raised by maternal maiden aunt Lucy (Towers) following their mother's death, as their father left and travelled abroad for approximately the first five years of Catherine Ann's life.

Their father remarried in 1764 to Henrietta Meriton, some years after returning from abroad. Catherine Ann married Michael Dorset between 1767 and 1771 (accounts of marriage dates vary). Michael was a captain in the army and the son of Rev. Michael Dorset. Catherine Ann and Michael had two children; a daughter, Lucy Smith Dorset (named after the maternal aunt that raised her), and a son, Charles Ferguson Dorset, who joined the army and also wrote some poetry.

Catherine Ann's sister, Charlotte, was more well-known until 1807 when Catherine Ann published a story that both entertained and educated. It was titled The Peacock 'at Home': A sequel to the Butterfly's Ball. The Peacock 'at Home' gently satirized the social flaws of aristocracy and the upper-middle class, as well as teaching children about birds in an enjoyable way. The Peacock 'at Home' was originally anonymously published as "by A Lady". The poem was written in cheerful rhyming verses. The book was illustrated by the Irish painter William Mulready and was seen as a sequel to The Butterfly's Ball, and the Grasshopper's Feast by William Roscoe. The Peacock 'at Home' was a sequel to William Roscoe's book, but some felt that it was better than the original. The Peacock 'at Home' sold 40,000 copies as part of John Harris's Cabinet series. There were discussions about her poems in The Gentleman's Magazine: some applauded the piece, saying it was refreshing to see a sequel that actually surpassed the book that preceded it; others made comments on the fact that it was published by a woman and if she was looking for recognition, she should go to a tea party. Nonetheless, the series was extended and Catherine Ann contributed Think before you Speak, or, The Three Wishes and maybe another title too. Think before you Speak, or, The Three Wishes was based on a translation of a traditional French poem.

Catherine Ann also wrote an account of the life of her sister that was included in Walter Scott's Miscellaneous Prose Works in 1827. Sources say that she spent her old age in Brighton and died in Chichester around 1834-1835. 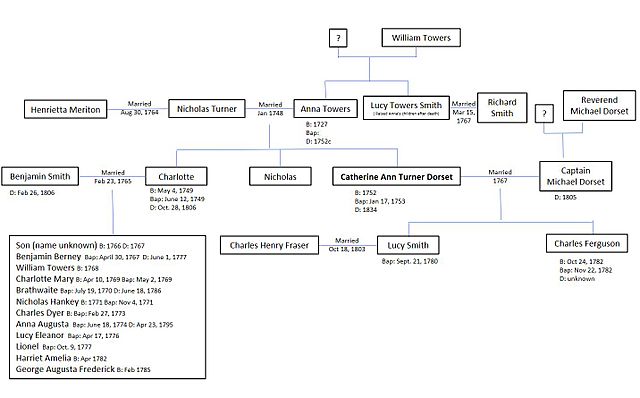 All content from Kiddle encyclopedia articles (including the article images and facts) can be freely used under Attribution-ShareAlike license, unless stated otherwise. Cite this article:
Catherine Ann Dorset Facts for Kids. Kiddle Encyclopedia.