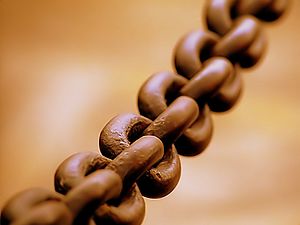 A broad metal chain made of torus-shaped links. 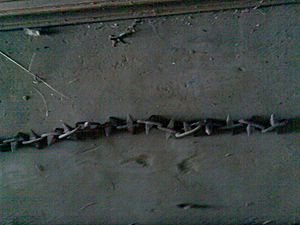 A chain is a series of connected links which are typically made of metal. A chain may consist of two or more links.

Two distinct chains can be connected using a quick link which resembles a carabiner with a screw close rather than a latch. 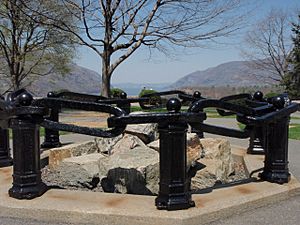 Part of The Hudson River Chain at West Point

Uses for chain include:

All content from Kiddle encyclopedia articles (including the article images and facts) can be freely used under Attribution-ShareAlike license, unless stated otherwise. Cite this article:
Chain Facts for Kids. Kiddle Encyclopedia.