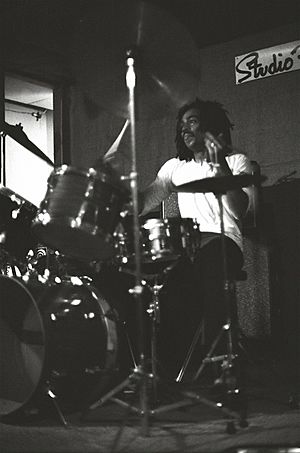 Charles Wesley "Bobo" Shaw (September 15, 1947 – January 16, 2017) was an American jazz drummer. He worked in the free jazz genre. He was best known as a member of the Human Arts Ensemble and Black Artists Group. He was born in Pope, Mississippi.

All content from Kiddle encyclopedia articles (including the article images and facts) can be freely used under Attribution-ShareAlike license, unless stated otherwise. Cite this article:
Charles "Bobo" Shaw Facts for Kids. Kiddle Encyclopedia.