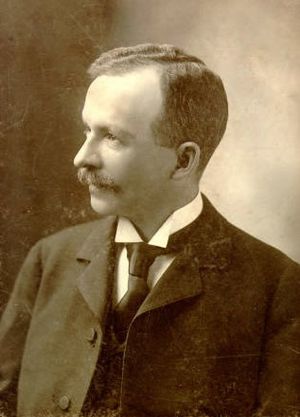 Charles Waddell Chesnutt (June 20, 1858 – November 15, 1932) was an African-American writer. He wrote several books like The Marrow of Tradition and The House Behind the Cedars as well as for a short story about a haunted yard called The Goophered Grapevine.

All content from Kiddle encyclopedia articles (including the article images and facts) can be freely used under Attribution-ShareAlike license, unless stated otherwise. Cite this article:
Charles Chesnutt Facts for Kids. Kiddle Encyclopedia.