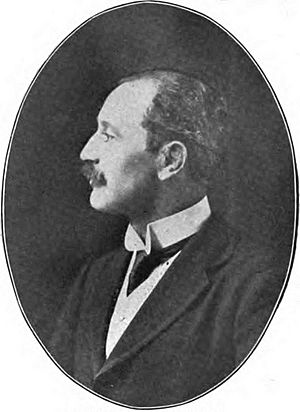 Charles James Louis Gilson, who published as Captain Charles Gilson and Major Charles Gilson, (1878 - 1943) was a British officer and a popular author of science fiction, adventure stories, and historical fiction books for children. Some of his stories were illustrated including at least one book, The Refugee; the strange story of Nether Hall, by Arthur E. Becher. Cyrus Cuneo also illustrated his writing. His fiction included works about the Pygmies of the Upper Congo. He also depicted Boxer Rebellion era adventures. Some of his stories were serialized in magazines. Many of his stories are available online through resources such as Project Gutenberg.

Gilson served in China after the Boxer Rebellion and featured China in some of his stories. Gilson featured a Chinese detective in one of his stories. He wrote young adult fiction and was praised for his "wide knowledge of the world" in his portrayals. His stories were also published in magazines for youth such as The Captain (magazine) and St. Nicholas Magazine.Another of his works featured the exploits of Jerry Abershaw. He also produced an account of Robin Hood.

The Spectator reviewed his book The Lost Column in 1908.

All content from Kiddle encyclopedia articles (including the article images and facts) can be freely used under Attribution-ShareAlike license, unless stated otherwise. Cite this article:
Charles Gilson Facts for Kids. Kiddle Encyclopedia.