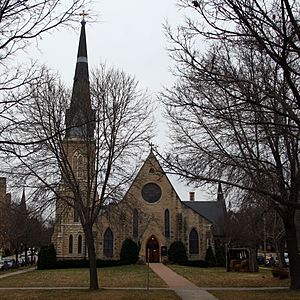 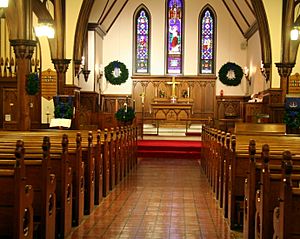 The church interior, decorated for the season of Advent 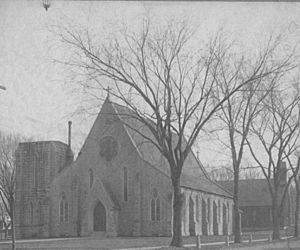 Exterior of the church before the steeple was added 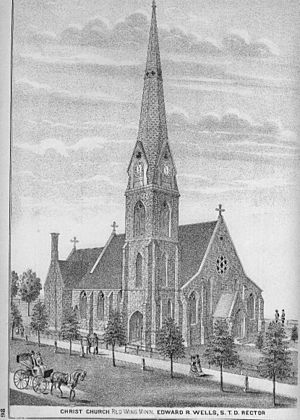 The parish of Christ Episcopal Church in Red Wing, Minnesota, United States, was founded in 1858. A wooden building was erected that served the early parish well, but by 1868 it was felt that the growth of the parish made the building of a larger church a necessity.

The cornerstone was laid June 24, 1869 and the new church was consecrated by Bishop Henry Benjamin Whipple on December 19, 1871. (Due to concerns about the foundations, the steeple was not added until 1897.)

The church is now a contributing property to the Red Wing Mall Historic District, which is listed on the National Register of Historic Places.

All content from Kiddle encyclopedia articles (including the article images and facts) can be freely used under Attribution-ShareAlike license, unless stated otherwise. Cite this article:
Christ Episcopal Church (Red Wing, Minnesota) Facts for Kids. Kiddle Encyclopedia.