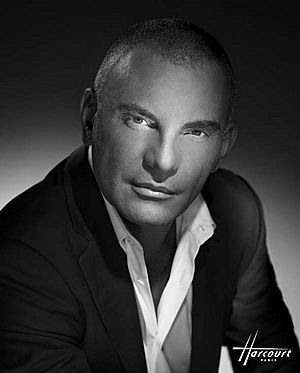 Audigier was born as Christian Ginutti on 21 May 1958 in Avignon, France.

Audigier began working in the fashion industry at the age of fifteen. He designed a line of denim that was inspired by his love for rock and roll, specifically The Rolling Stones. His designs became so popular that a top executive from MacKeen Jeans took notice of Audigier's talent, affording him the opportunity to create with the company and travel the world. He moved to New York in his early twenties to expand his own brand. He worked with Guess, Levi's, Diesel, Fiorucci, Bisou Bisou and XOXO, among others. 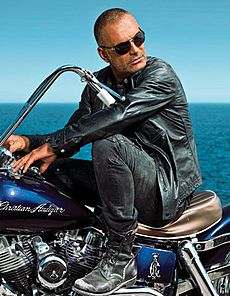 Audigier on a motorcycle in 2010

He then moved to Los Angeles where he would achieve most of his success as a fashion designer. After the death of artist Kenny Howard, also known as Von Dutch, in 1992, Howard's daughters sold the Von Dutch name to Michael Cassel and Robert Vaughn. The clothing brand that followed gained popularity in the US and attracted the attention of celebrities such as Madonna, Britney Spears, Milen Balasov, Justin Timberlake, and later Ashton Kutcher and Eric Church. Audigier helped popularize the brand, but left on amicable terms in 2004. He went on to popularize the Ed Hardy brand. Audigier's other brands include SMET with French singer Johnny Hallyday. Audigier's brands are sold internationally in over 40 countries.

In 2008, he joined forces with a small cooperative in France, Montpeyroux Estates, to release a line of fine wines. The bottles are wrapped with labels that are designed with the classic Ed Hardy designs and are done by art director and photographer Barry Sutton.

He released a line of Ed Hardy perfumes for men and women. In 2012, he appeared on an episode of Sweden's Next Top Model.

All content from Kiddle encyclopedia articles (including the article images and facts) can be freely used under Attribution-ShareAlike license, unless stated otherwise. Cite this article:
Christian Audigier Facts for Kids. Kiddle Encyclopedia.