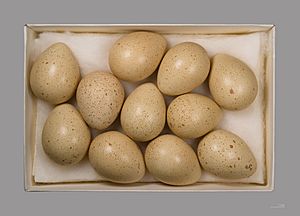 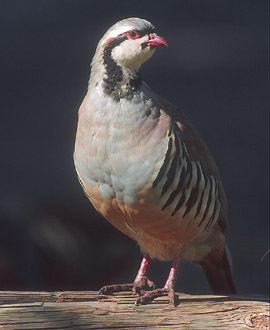 This partridge has its native range in Asia from Pakistan and Kashmir, and Afghanistan in the east to southeastern Europe in the west, and is closely related and similar to its western equivalent, the Red-legged Partridge, Alectoris rufa. It has been introduced widely, and became established in the United States, Canada, New Zealand and Hawaii. In Great Britain, hybrids between this species and the also introduced Red-legged Partridge are common.

All content from Kiddle encyclopedia articles (including the article images and facts) can be freely used under Attribution-ShareAlike license, unless stated otherwise. Cite this article:
Chukar Facts for Kids. Kiddle Encyclopedia.