Cities of Japan facts for kids 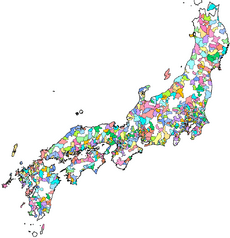 Cities in Japan are one of the basic local entities of the nation.

Japan's smallest sub-national jurisdictions are sometimes grouped together. The term shichoson combines suffixes which recognize the municipalities, including

The small cities generally have populations of over 30,000.

There are three defined classes or categories of big cities.

Each of the largest cities does many of the things normally done by prefectures.

All content from Kiddle encyclopedia articles (including the article images and facts) can be freely used under Attribution-ShareAlike license, unless stated otherwise. Cite this article:
Cities of Japan Facts for Kids. Kiddle Encyclopedia.