Conquest of the Pole facts for kids 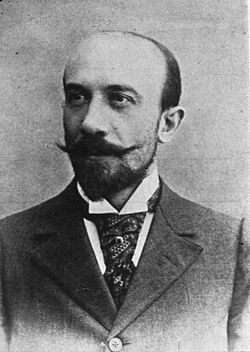 Conquest of the Pole (French: Conquête du pôle) is a 1912 silent movie. It was directed and produced by Georges Méliès. It was based on the book The Adventures of Captain Hatteras by Jules Verne. The movie is about a race to the north pole by different groups of balloonists. A complicated scene in the movie has a frost giant who tries to eat the crew.

All content from Kiddle encyclopedia articles (including the article images and facts) can be freely used under Attribution-ShareAlike license, unless stated otherwise. Cite this article:
Conquest of the Pole Facts for Kids. Kiddle Encyclopedia.