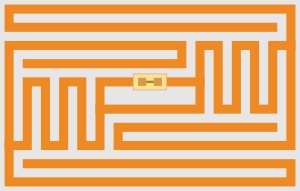 Since then, smart cards with contactless interfaces have been increasingly popular for payment and ticketing applications such as mass transit. Globally, contactless fare collection is being employed for efficiencies in public transit. The various standards emerging are local in focus and are not compatible, though the MIFARE Classic card from Philips has a large market share in the United States and Europe.

A contactless smart card is a card in which the chip communicates with the card reader through an induction technology similar to that of an RFID (at data rates of 106 to 848 kbit/s). These cards require only close proximity to an antenna to complete a transaction. They are often used when transactions must be processed quickly or hands-free, such as on mass transit systems, where a smart card can be used without even removing it from a wallet.

A contactless smart card is characterized as follows:

All content from Kiddle encyclopedia articles (including the article images and facts) can be freely used under Attribution-ShareAlike license, unless stated otherwise. Cite this article:
Contactless smart card Facts for Kids. Kiddle Encyclopedia.