More specifically, given a complex-valued function

, the contour integral of

For a standard contour integral, we can evaluate it by using the residue theorem. This theorem states that

is the residue of the function

is the contour located on the complex plane. Here,

is the integrand of the function, or part of the integral to be integrated.

The following examples illustrate how contour integrals can be calculated using the residue theorem.

. These will both serve as the divergence of the vector field written as

. This theorem states that:

In addition, we also need to evaluate

is an alternate notation of

. The divergence of any dimension can be described as 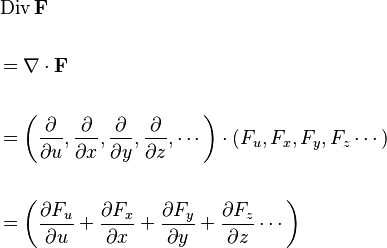 The following examples illustrate the use of divergence theorem in the calculation of multivariate contour integrals.

be bounded by the following conditions

The corresponding double contour integral would be set up as such:

by setting up the corresponding triple integral: 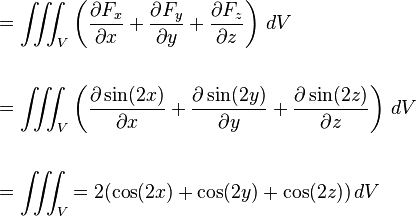 From this, we can now evaluate the integral as follows: 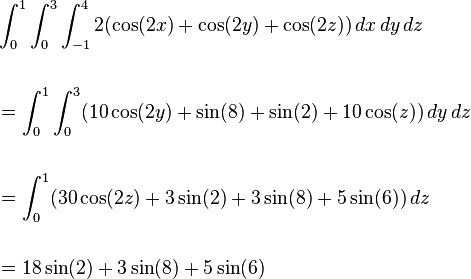 Given the vector field

being the fourth dimension. Let this vector field be bounded by the following:

To evaluate this, we use the divergence theorem as stated before, and evaluate 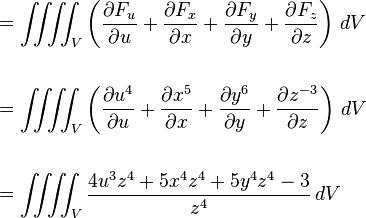 From this, we now can evaluate the integral: 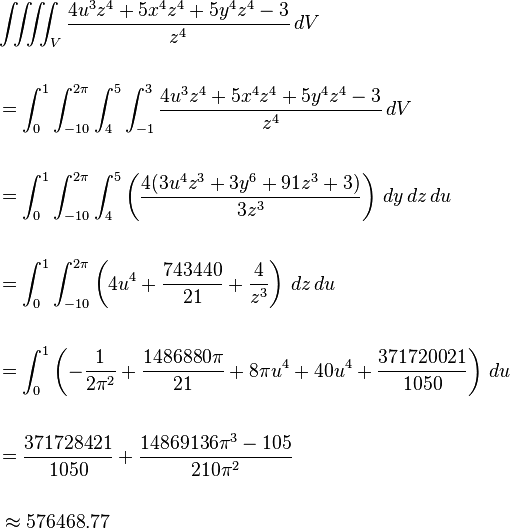 Thus, we can evaluate a contour integral of the fourth dimension.

All content from Kiddle encyclopedia articles (including the article images and facts) can be freely used under Attribution-ShareAlike license, unless stated otherwise. Cite this article:
Contour integral Facts for Kids. Kiddle Encyclopedia.