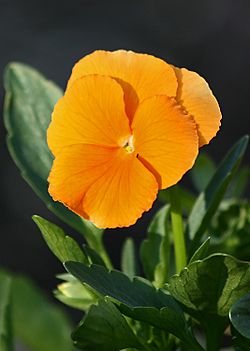 A cultivar is a plant that has been selected for planting and sale because it has certain characteristics. It keeps its traits when it is propagated because they are inherited.

Usually, cultivars are given a name which is not related to their biological taxon. There is a system of naming run by the International Code of Nomenclature for Cultivated Plants (the ICNCP), commonly known as the Cultivated Plant Code.

All content from Kiddle encyclopedia articles (including the article images and facts) can be freely used under Attribution-ShareAlike license, unless stated otherwise. Cite this article:
Cultivar Facts for Kids. Kiddle Encyclopedia.