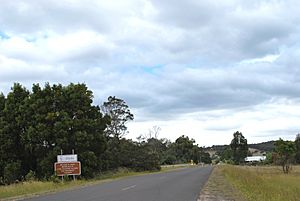 In early 1915, Callister was employed by food manufacturer Lewis & Whitty, but later that year he enlisted in the Australian Imperial Force. After 53 days, however, he was withdrawn from active service on the order of the Minister for Defence and assigned to the Munitions Branch, making explosives in Britain.

Following the end of World War I, he married Scottish girl Katherine Hope Mundell and returned to Australia and resumed employment with Lewis & Whitty in 1919.

The invention of Vegemite

In the early 1920s, Callister was employed by Fred Walker and given the task of developing a yeast extract, as imports from the United Kingdom of Marmite had been disrupted in the aftermath of World War I. He experimented on spent brewer's yeast and independently developed what came to be called Vegemite, first sold by Fred Walker & Co in 1923.

Working from the details of a James L. Kraft patent, Callister was successful in producing processed cheese. The Walker Company negotiated a deal for the rights to manufacture the product, and in 1926, the Kraft Walker Cheese Co. was established. Callister was appointed chief scientist and production superintendent of the new company.

Between 1919 and 1927 Callister had three children: Ian, Bill and Jean, who were the original Vegemite kids. During World War II Ian died.

Callister got his Doctorate from the University of Melbourne in 1931, with his submission largely based on his work in developing Vegemite.

He was a prominent member of the Royal Australian Chemical Institute, helping it to get a Royal Charter in 1931.

Callister died in 1949, following a heart attack and is buried at Box Hill Cemetery. A biography of Callister, The Man Who Invented Vegemite, written by his grandson Jamie Callister, was published in 2012.

Callister is the great uncle to Kent Callister, a professional snowboarder who has competed at the Winter Olympics for Australia.

All content from Kiddle encyclopedia articles (including the article images and facts) can be freely used under Attribution-ShareAlike license, unless stated otherwise. Cite this article:
Cyril Callister Facts for Kids. Kiddle Encyclopedia.