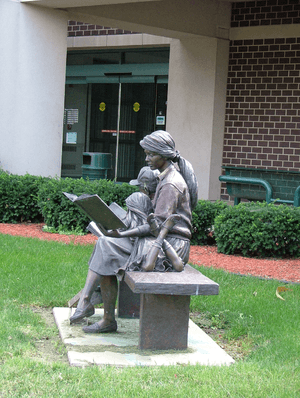 Statue at the library entrance

Danville Public Library is a library in Danville, Illinois formed in 1883 by consolidating several existing collections. Originally it existed in rented space in buildings in downtown Danville. On November 7, 1904, a new Carnegie library opened and served for the next 91 years. The library had a Beaux-Arts design with columns flanking the front doors and a parapet wall above the entrance. It was expanded in 1929 thanks to a gift from Augustus Webster. 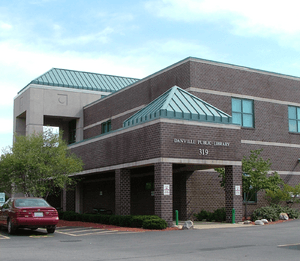 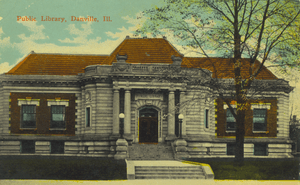 The Carnegie library circa 1920

Construction on a new library building just north of the existing building began in 1994 and was completed in 1995. The grand opening was held on November 7, 1995.

All content from Kiddle encyclopedia articles (including the article images and facts) can be freely used under Attribution-ShareAlike license, unless stated otherwise. Cite this article:
Danville Public Library (Danville, Illinois) Facts for Kids. Kiddle Encyclopedia.