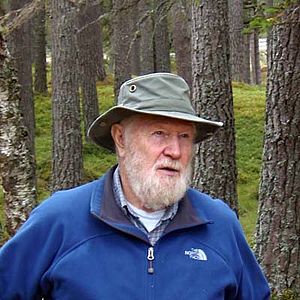 Richard "Dick" Balharry MBE (24 May 1937 – 22 April 2015) was a Scottish conservationist, writer, and wildlife photographer. He was known for improving and protecting Scotland's natural landscapes. Just days before his death, he was given an award by the Royal Scottish Geographical Society (RSGS).

All content from Kiddle encyclopedia articles (including the article images and facts) can be freely used under Attribution-ShareAlike license, unless stated otherwise. Cite this article:
Dick Balharry Facts for Kids. Kiddle Encyclopedia.