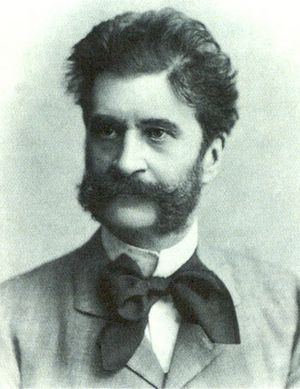 Die Fledermaus (English: The Bat) is an opera by Johann Strauss II. Its first performance took place on April 5, 1874 at the Theater an der Wien in Vienna, Austria. The opera has been presented on New Year's Eve in Vienna since the early 1930s. Die Fledermaus is based on the French play Le Réveillon (1872) by Meilhac and Halévy.

All content from Kiddle encyclopedia articles (including the article images and facts) can be freely used under Attribution-ShareAlike license, unless stated otherwise. Cite this article:
Die Fledermaus Facts for Kids. Kiddle Encyclopedia.