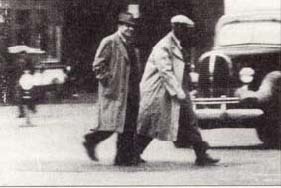 Double agentry may be practiced by spies of the target organization who infiltrate the controlling organization, or may result from the turning (switching sides) of previously loyal agents of the controlling organization by the target. The threat of execution is the most common method of turning a captured agent (working for an intelligence service) into a double agent (working for a foreign intelligence service) or a double agent into a re-doubled agent. It is unlike a defector, who is not considered an agent as agents are in place to function for an intelligence service and defectors are not, but some consider that defectors in place are agents until they have defected.

Double agents are often used to transmit disinformation or to identify other agents as part of counter-espionage operations. They are often very trusted by the controlling organization since the target organization will give them true, but useless or even counterproductive, information to pass along.

All content from Kiddle encyclopedia articles (including the article images and facts) can be freely used under Attribution-ShareAlike license, unless stated otherwise. Cite this article:
Double agent Facts for Kids. Kiddle Encyclopedia.