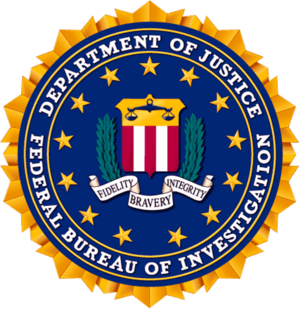 The seal of the FBI 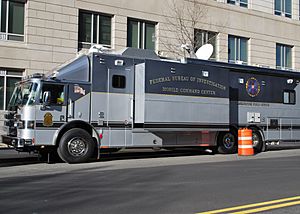 The FBI's mission is to protect the USA and maintain justice. They do this in many ways: 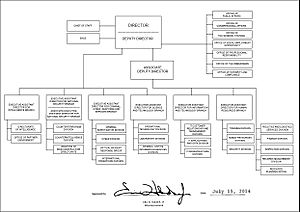 The FBI Crisis Negotiation Unit (FCNU) is a 24/7 operational response to crisis and to negotiate person(s) who are threatening to commit suicide or other harmful situations after a crime has been committed. The FBI's lead negotiator contacts the person(s) involved, with a hard-wire phone line to communicate with the person(s) to try convincing them to give themselves up to local police who are on stand-by.

All content from Kiddle encyclopedia articles (including the article images and facts) can be freely used under Attribution-ShareAlike license, unless stated otherwise. Cite this article:
Federal Bureau of Investigation Facts for Kids. Kiddle Encyclopedia.