An Indian reservation is a place in the United States where Native Americans manage their own land under the US Bureau of Indian Affairs. They are not managed by the state governments. There are currently 326 Indian reservations.

Some tribes do not have their own reservations. In some cases a reservation may be shared by two or more tribes. The 2000 United States census showed a larger number of Native Americans and Alaska Natives no longer lived on Indian reservations. Many now live in larger cities like Phoenix and Los Angeles.

There are 12 Indian reservations that are larger than the state of Rhode Island (776,960 acres; 3,144 km²) and nine reservations larger than Delaware (1,316,480 acres; 5,327 km²). Reservations are unevenly distributed throughout the country with none in some states. 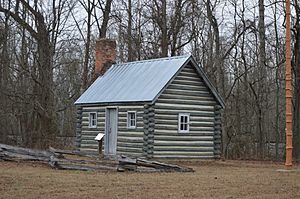 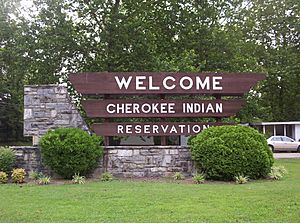 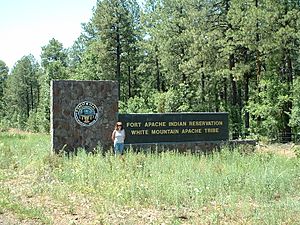 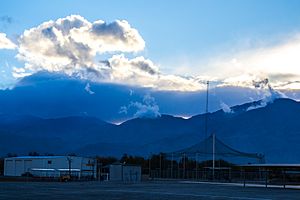 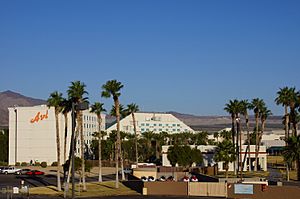 Land of the Aha Macav - the Avi Casino and Resort 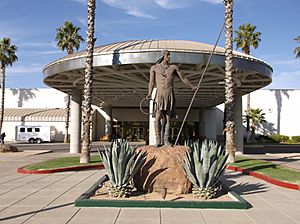 The U.S. policy of creating reservations for Native Americans was established during the Presidential administration of Ulysses S. Grant in the late 1860s in response to the perceived "Indian problem" of growing conflicts between U.S. settlers and Native American tribes in the West. Relations between settlers and natives had grown increasingly worse as the settlers encroached on hunting grounds and natural resources in the West.

Grant pursued a stated "Peace Policy" as a possible solution to the conflict. The policy included a reorganization of the Indian Service, with the goal of relocating various tribes from their ancestral homes to parcels of lands established specifically for their in-habitation. The policy called for the replacement of government officials by religious men nominated by churches to oversee the Indian agencies on reservations in order to teach Christianity to the native tribes. The Quakers were especially active in this policy on reservations. The "civilization" policy was aimed at the eventually preparing the tribes for citizenship.

The Indian Reorganization Act of 1934, also known as the Wheeler-Howard Act, was sometimes called the Indian New Deal. It laid out new rights for Native Americans, reversed some of the earlier privatization of their common holdings, and encouraged self-government and land management by tribes. The act slowed the assignment of tribal lands to individual members, and reduced the assignment of 'extra' holdings to nonmembers.

For the following twenty years, the U.S. government invested in infrastructure, health care, and education on the reservations, and over two million acres (8,000 km&sup2) of land were returned to various tribes.

Many Native Americans who live on reservations deal with the federal government through two agencies: the Bureau of Indian Affairs and the Indian Health Service.

Some Indian reservations offer a quality of life that's among the poorest to be found in the United States. Shannon County, South Dakota, home of the Pine Ridge Indian Reservation, is routinely described as one of the poorest counties in the nation.

In 1979 the Seminole tribe in Florida opened a high-stakes bingo operation on its reservation in Florida. The state attempted to close the operation down but was stopped in the courts. In the 1980s the case of California v. Cabazon Band of Mission Indians established the right of reservations to operate other forms of gambling operations. In 1988, the United States Congress passed the Indian Gaming Regulatory Act which recognized the right of Indian tribes to establish gambling and gaming facilities on their reservations as long as the states in which they are located have some form of legalized gambling.

All content from Kiddle encyclopedia articles (including the article images and facts) can be freely used under Attribution-ShareAlike license, unless stated otherwise. Cite this article:
Indian reservation Facts for Kids. Kiddle Encyclopedia.