The Rosebud Indian Reservation (RIR) is an Indian reservation in South Dakota, United States. It is the home of the federally recognized Sicangu Oyate (the Upper Brulé Sioux Nation) – also known as Sicangu Lakota, and the Rosebud Sioux Tribe (RST), a branch of the Lakota people. The Lakota name Sicangu Oyate translates into English as "Burnt Thigh Nation"; the French term "Brulé Sioux" is also used.

The reservation includes all of Todd County, South Dakota, and communities and lands in the four adjacent counties.

The RIR is located in south central South Dakota, and presently includes within its recognized border all of Todd County, an unincorporated county of South Dakota. However, the Oyate also has communities and extensive lands and populations in the four adjacent counties, which were once within the Rosebud Sioux Tribe (RST) boundaries: Tripp, Lyman, Mellette, and Gregory counties, all in South Dakota. Mellette County, especially, has extensive off-reservation trust land, comprising 33.35 percent of its land area, where 40.23 percent of the Sicangu Oyate population lives.

The Oyate capital is the unincorporated town of Rosebud, established when the Spotted Tail Indian Agency (named after the 19th-century war chief, whose Lakota name was Sinte Gleska) to the banks of Rosebud Creek near its confluence with the Little White River. It was previously located in northwestern Nebraska. The largest town on the reservation is Mission, served by the intersections of US Highways 18 and 83.

Mission's near neighbor of Antelope is one of the many tribal band communities established in the late 1870s. It has grown since then. Other major towns in the reservation are Saint Francis, located southwest of Rosebud. It is the home of Saint Francis Indian School, a private Catholic institution first established as a mission school. Saint Francis, with a current population of about 2000, is the largest incorporated town in South Dakota without a state highway for access.

Located on the Great Plains, just north of the Nebraska Sandhills, Rosebud Indian Reservation has large areas of Ponderosa Pine forest scattered in its grasslands. Deep valleys are defined by steep hills and ravines, often with lakes dotting the deeper valleys.

The RST owns and operates Rosebud Casino, located on U.S. Route 83 just north of the Nebraska border. Nearby is a fuel plaza, featuring truck parking and a convenience store. Power for the casino is furnished in part by one of the nation's first tribally owned electricity-generating wind turbines. In the early 21st century, the tribe built a new residential development, Sicangu Village, along Highway 83 near the casino and the state line.

The RST population is estimated at 25,000 (2005). It is served by the Oyate administration and agencies. In addition, the tribe is served by the BIA Rosebud Agency, Todd County School District, Saint Francis Indian School, Saint Joseph's Indian School in Chamberlain, South Dakota; and the Rosebud Indian Health Service Hospital.

It has developed Sinte Gleska University on the reservation. The tribal university is named after the 19th-century Sioux war chief and statesman, whose name in English was Spotted Tail.

The tribe has suffered from terrible conditions at the IHS hospital. Because the IHS did not maintain standards, in November 2015 the federal Centers for Medicare and Medicaid Services (CMS) said it would no longer reimburse for services at the ER, as conditions were so poor. The ER was closed. For seven months, citizens on the reservation had no access to ER services. Five babies were born in ambulances en route to the nearest hospitals -50 miles away- and nine people died during emergency transport to other health facilities. CMS announced on July 14, 2016 that the emergency department would re-open the next day.

Representative Kristi Noem, R-South Dakota, has authored legislation to improve conditions and staff at IHS facilities. She has testified before Congress to gain support for the legislation. 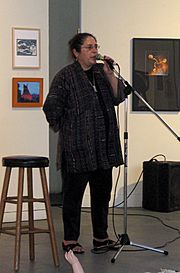 Under the Indian Reorganization Act of 1934, the federally recognized Rosebud Sioux Tribe (RST) re-established self-government. It adopted a constitution and bylaws, to take back many responsibilities for internal management from the BIA. It followed the model of elected government: president, vice-president, and representative council, adopted by many Native American nations. At the time and since then, many tribal members opposed the elected government, preferring their traditional form of hereditary clan chiefs selected for life, contingent on approval by women elders, and a tribal council that operated by consensus.

Both women and male elders have continued to have influence within the nation, particularly among those who have followed more traditional lives. At times the political factions have developed and continued along ethnic and cultural lines, with full-blood Sioux following traditional ways. Others, sometimes of mixed-blood or having had more urban or European-American experiences, support the elected government.

The short two-year terms of office can make it difficult for elected officials to carry out projects over the long term. In addition, BIA officials and police retain roles on the reservations, which the historian Akim Reinhardt calls a form of "indirect colonialism".

The Sun-Times is the only news outlet to cover political news on the reservation, along with police, court and community news. An economic decline forced the paper to cut back to a monthly edition in 2010.

Video Bob. Famous YouTuber. Builds move props and film famous cars, including The Deloren from Back to the Future.

The Rosebud Sioux Reservation has 20 communities represented on its tribal council:

All content from Kiddle encyclopedia articles (including the article images and facts) can be freely used under Attribution-ShareAlike license, unless stated otherwise. Cite this article:
Rosebud Indian Reservation Facts for Kids. Kiddle Encyclopedia.