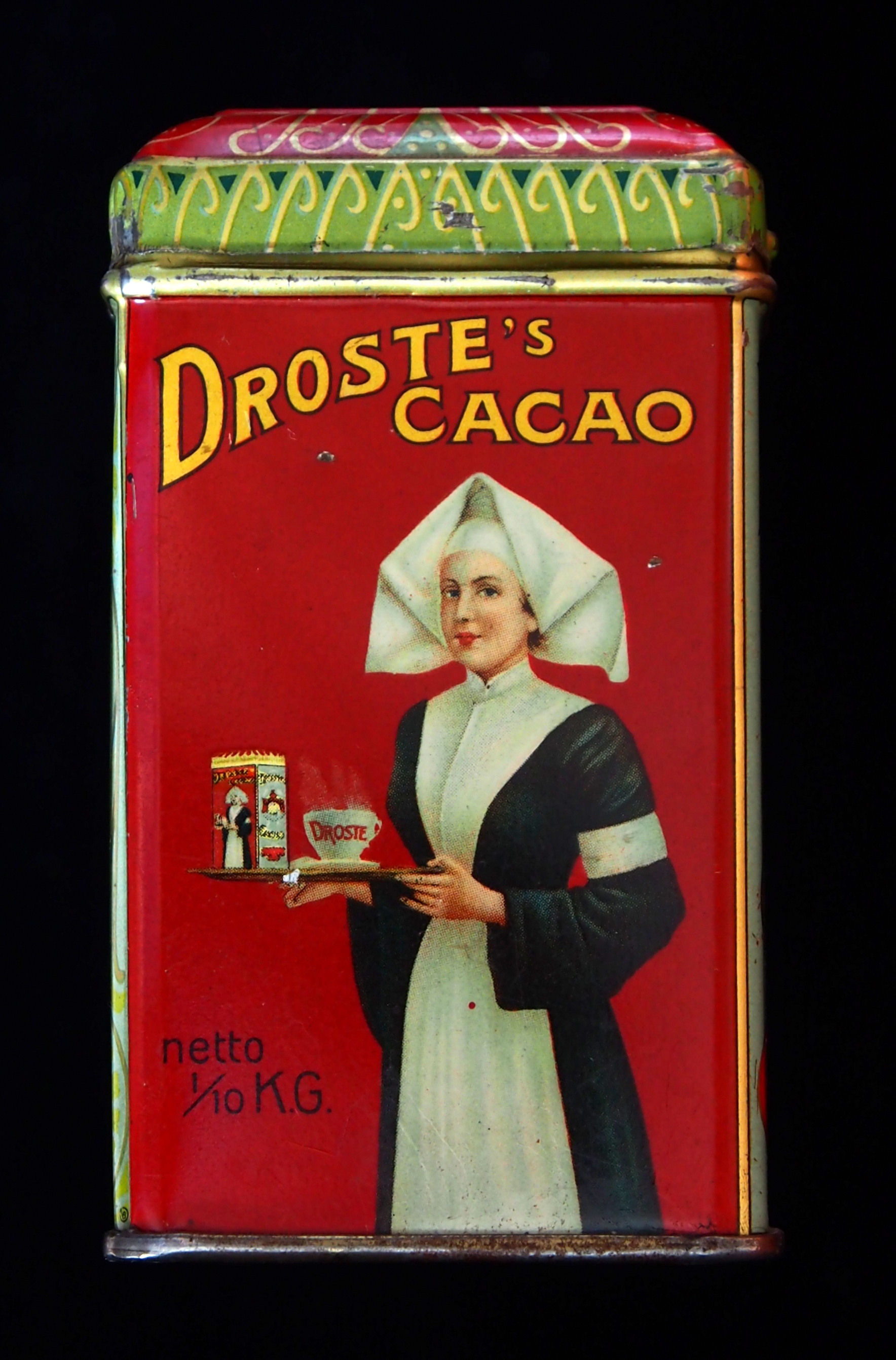 The Droste Effect is named after this ad

In theory, the recursion goes on forever, but in practice, the number of recursions is limited by the resolution of the image. In practice, there are few iterations. The reason for this is that this is a geometric progression, and each iteration reduces the size of the image. It is a visual example of a strange loop, a self-referential system of instancing which is the cornerstone of fractal geometry.

All content from Kiddle encyclopedia articles (including the article images and facts) can be freely used under Attribution-ShareAlike license, unless stated otherwise. Cite this article:
Droste effect Facts for Kids. Kiddle Encyclopedia.