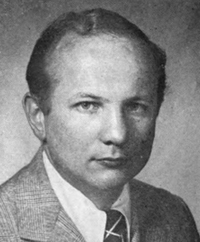 Beard was a member of the United States House of Representatives from Rhode Island's 2nd congressional district from 1975 to 1981. He unsuccessfully ran again for the U.S. House in 1990.

Beard was born in Providence, Rhode Island. He died on January 11, 2021 in Providence from problems caused by Parkinson's disease, aged 80.

All content from Kiddle encyclopedia articles (including the article images and facts) can be freely used under Attribution-ShareAlike license, unless stated otherwise. Cite this article:
Edward Beard Facts for Kids. Kiddle Encyclopedia.