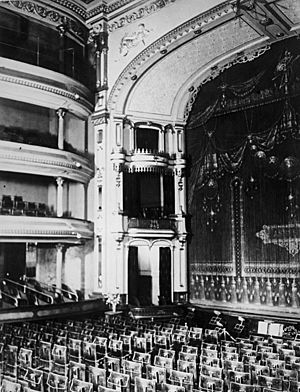 Interior of the Salt Lake Theatre designed by E.L.T. Harrison under the direction of Brigham Young 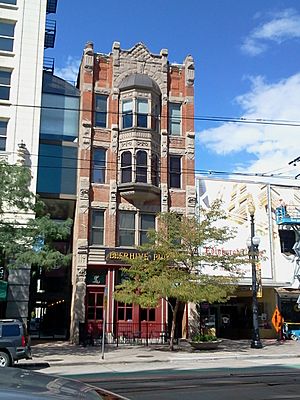 Elias Lacy Thomas Harrison (March 27, 1830 in Barking, England – May 22, 1900) was an architect and writer in Salt Lake City, Utah, who became important in the history of Utah and the Latter Day Saint movement.

Harrison converted to the Church of Jesus Christ of Latter Day Saints in England in the 1840s in part due to the preaching of Orson Pratt. In England, he became friends with Edward Tullidge, the editor of the Millennial Star. After immigration to Utah Territory, Harrison and Tullidge were co-editors of the Peep O' Day, believed to be the first magazine in the Intermountain West. Harrison and Tullidge, along with William Godbe, started the Mormon Tribune, which later became The Salt Lake Tribune. Harrison was eventually excommunicated by the church and was influential in the formation of the Godbeites or "New Movement".

Harrison's architectural works include the Daft Block, Salt Lake Theatre interior, Walker's Store, Walker Brother's Bank, and the Godbe-Pitts Company Store. He also designed his own home, sometimes referred to as "the castle" and located in the Capitol Hill Historic District at 10 West 300 North in Salt Lake City. The Daft Block is his only existing work on the National Register of Historic Places.

All content from Kiddle encyclopedia articles (including the article images and facts) can be freely used under Attribution-ShareAlike license, unless stated otherwise. Cite this article:
Elias L. T. Harrison Facts for Kids. Kiddle Encyclopedia.