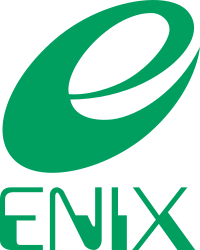 Enix was a Japanese company which published anime, manga, and video games, before merging with Square Co., Ltd. to form Square Enix. Their last game was Dragon Quest Monsters: Caravan Heart, for their most popular Dragon Quest series of role playing games which was started on the Famicom. In 2000, they setup a subsidiary to handle fingerprint identification.

All content from Kiddle encyclopedia articles (including the article images and facts) can be freely used under Attribution-ShareAlike license, unless stated otherwise. Cite this article:
Enix Facts for Kids. Kiddle Encyclopedia.