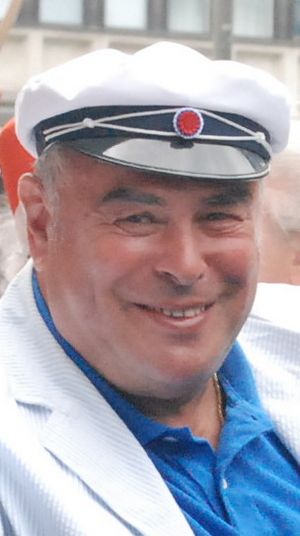 Eri Klas (7 June 1939 – 26 February 2016) was an Estonian conductor, boxer and educator. He was born in Tallinn. He was best known for his work in leading the Netherlands Radio Symphony Orchestra.

He was a professor at Sibelius Academy from 1993 to 1997 and at the Estonian Academy of Music and Theatre from 1997 until his death in 2016. He was honored with the Order of the Lion of Finland and Order of the White Star in 1992. He was a UNICEF Goodwill Ambassador. In 1986, he was named a People's Artist of the USSR. He was also a member of the Estonian Olympic Committee.

All content from Kiddle encyclopedia articles (including the article images and facts) can be freely used under Attribution-ShareAlike license, unless stated otherwise. Cite this article:
Eri Klas Facts for Kids. Kiddle Encyclopedia.