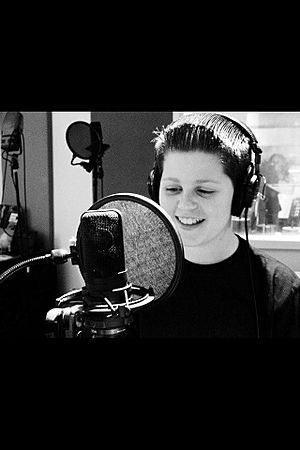 Ethan Kempner, (1998) an American voice artist. He is the voice actor for the character of Geo in Team Umizoomi. This an animated television show for pre-school children shown on Nickelodeon. Kempner has acted previously in TV commercials. These commercials include: Chuck e Cheeses, Modells, Dixie Cups, and many others.

All content from Kiddle encyclopedia articles (including the article images and facts) can be freely used under Attribution-ShareAlike license, unless stated otherwise. Cite this article:
Ethan Kempner Facts for Kids. Kiddle Encyclopedia.