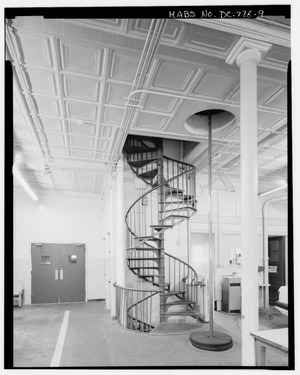 A fire station (also known as a firehouse or fire hall) is a building for storing fire engines and other firefighting equipment.

Some fire stations are staffed by full-time firefighters. These fire stations have offices and living areas for them. There will also be beds, for when they are on duty at night. They wait at the fire station to be called out to an emergency. The firefighters often slide down a pole to get downstairs to the fire engine, as this is quicker than walking down stairs.

All content from Kiddle encyclopedia articles (including the article images and facts) can be freely used under Attribution-ShareAlike license, unless stated otherwise. Cite this article:
Fire station Facts for Kids. Kiddle Encyclopedia.