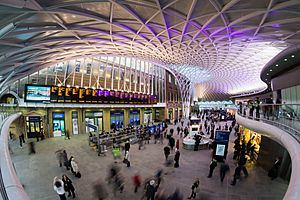 The Western Concourse, of King's Cross station in London, seen with a fisheye lense. 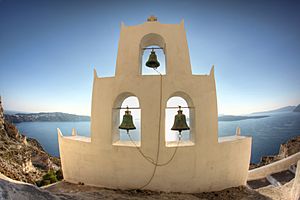 Because of their wide angle of view, fisheye lenses are often used in cameras used for surveillance.

All content from Kiddle encyclopedia articles (including the article images and facts) can be freely used under Attribution-ShareAlike license, unless stated otherwise. Cite this article:
Fisheye lens Facts for Kids. Kiddle Encyclopedia.