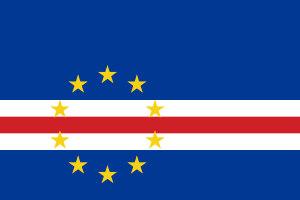 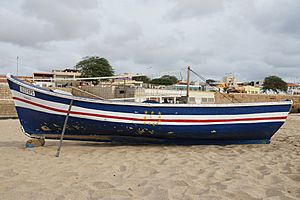 The middle of the circle of 10 yellow five-pointed stars is on the red stripe. It is three-eighths away from the left side of the flag.

All content from Kiddle encyclopedia articles (including the article images and facts) can be freely used under Attribution-ShareAlike license, unless stated otherwise. Cite this article:
Flag of Cape Verde Facts for Kids. Kiddle Encyclopedia.