Cape Verde or Cabo Verde (Portuguese: Cabo Verde), officially the Republic of Cabo Verde, is an island country in Africa. It is a group of islands in the Atlantic Ocean, 570 km (354 mi) off the coast of Western Africa. The islands Cover a combined area of slightly over 4,000 km2 (1,500 sq mi). The are of volcanic origin.

Cape Verde is one of Macaronesia's group of islands.

The Portuguese explorer Dinis Dias (or Denis Fernadez) discovered in 1445 a peninsula along the coast of Senegal that he named Cap-Vert (Dias named it Cabo Verde, "verde" being Portuguese for "green", a reference to the vegetation in the area). Dias did not discover the Cape Verde Islands, but rather the actual cape.

This peninsula is the westernmost point of the African continent. 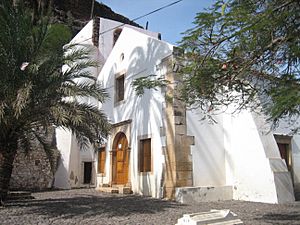 The first Europeans to arrive in Cape Verde were the Portugueses Diogo Gomes and Antonio da Noli in 1460. The islands were uninhabited, and the first settlement was founded in 1462 on the island of Santiago (the main Island) which was divided into two “capitanias”, Alcatrazes and Ribeira Grande. The first one failed and the main activity in Ribeira Grande was the exploitation of cotton farms. Ribeira Grande served also as a slave trade post and as post of slave Christianization before they were sent to the New World.

The city suffered several pirate raids and for this reason in 1712, after a French attack, the authorities were forced to move the capital to Praia, where it is located until now. Cape Verde had the status of Portuguese colony until 1951 when Portugal changed its status to Overseas Province and in 1961 Portugal gave full citizenship to all Cape Verdeans.

Cape Verde has been independent of Portugal since 5th July 1975. The fight for independence was led by the African Party for the Independence of Guinea and Cape Verde (PAIGC) and headed by Amilcar Cabral, the national hero of both countries, Cape Verde and Guinea-Bissau. 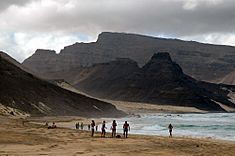 The beach of Calhau, with Monte Verde in the background, on the island of São Vicente

The summit of Pico do Fogo, the highest peak in the Cape Verde archipelago, located on the island of Fogo 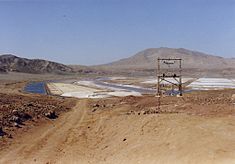 Natural salt evaporation ponds at Pedra de Lume, on the island of Sal

The Cape Verde archipelago is in the Atlantic Ocean, approximately 570 km (350 mi) off the coast of West Africa, near Senegal, Gambia and Mauritania, and is a part, together with the Azores, Madeira, Savage Islands and Canary Islands, of the Macaronesia ecological region. It lies between the latitudes 14°N and 18°N, and the longitudes 22°W and 26°W.

The country is an archipelago with a total area of 4,033 km2 (1,557 sq mi). It is formed by ten islands (nine inhabited) and several very small islands (islets) divided into two groups, arranged according to the prevailing wind direction:

The largest islands are, to the southeast, Santiago, where lies Praia, the capital and largest city of the country, and the island of Santo Antão, in the extreme northwest. Praia is also the main population centre of the archipelago, followed by Mindelo on the island of São Vicente.

Otherwise, the islands of Barlavento (Santo Antão, São Vicente, São Nicolao, Boa Vista, Sal, Santa Luzia, Branco and Razo) are always somewhat cooler than those of the Sotavento (Maio, Santiago, Fogo and Brava), where summers can be quite hot.

The Köppen climate classification subtype for this climate of Praia (Cabo Verde) is Bwh (Tropical and Subtropical Desert Climate).

Cape Verde's isolation has resulted in the islands having a number of endemic species, particularly birds and reptiles, many of which are endangered by human development. Endemic birds include Alexander's Swift (Apus alexandri), Bourne's Heron (Ardea purpurea bournei), the Raso Lark (Alauda razae), the Cape Verde Warbler (Acrocephalus brevipennis), and the Iago Sparrow (Passer iagoensis). The islands are also an important breeding area for seabirds including the Cape Verde Shearwater. Reptiles include the Cape Verde Giant Gecko (Tarentola gigas).

Cape Verde is divided into 22 municipalities (concelhos) and subdivided into 32 parishes (freguesias). 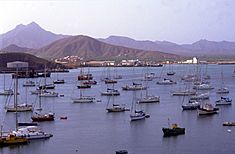 The collection of sailing ships in Porto Grande, Mindelo on the island of São Vicente: tourism is a growing source of income on the islands

Cape Verde is a representative parliamentary republic. The constitution —adopted in 1980 and revised in 1992, 1995 and 1999— defines the basic principles of its government. The president is the head of state and is elected for a 5-year term; the Prime Minister is the head of government. The Prime Minister is nominated by the National Assembly and appointed by the President.

The economic resources of Cape Verde are largely dependent on agriculture and fishing. Agriculture frequently suffers the effects of droughts. The most important crops are coffee, bananas, sugar cane, tropical fruits, corn, beans, sweet potato, and cassava. The industrial sector is incipient but is based on the production of “aguardente” (spirits from sugar cane), clothing and footwear, paints and varnishes, tourism, fishing and canned fish, and salt extraction. Banana, canned fish, frozen fish, lobsters, salt, and clothes are the main exports. The national currency is the Cape Verdean escudo. Remittances from emigration are another important source of resources for the State of Cape Verde. 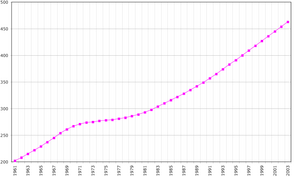 Demographics of Cape Verde, Data of FAO, year 2005 ; Number of inhabitants in thousands.

In Cape Verde, the annual rate of population growth and mortality are low, compared to average rates of other middle-income countries. The average life expectancy is 66 years and 71 years respectively for men and women. The resident population in the country is estimated at 500,000 inhabitants. There are an estimated additional one million Cape Verdeans living abroad, mainly in the United States, Western Europe, and Africa. Cape Verde has a young population with an average age of 23 years.

Cape Verdean culture is a unique mixture of European and African elements. Corn is the staple food of Cape Verde. The national or traditional dish is cachupa, which is a stew of hominy (dried maize kernals), beans, and whatever meat or vegetables may be available. Other common foods include rice, beans, fish, potatoes and manioc. A traditional breakfast is a steamed cornbread, eaten with honey and milk or coffee. Grogue, or sugar cane liquor, is manufactured on the islands and is a popular drink, particularly among the men. Cape Verdean music incorporates Portuguese, Caribbean, and African influences. Popular genres include morna, funaná, batuque, coladeira, and cola san jon.

In Cape Verde, other than private clinics, the government guarantees a public health system which comprises several healthcare centers and three central hospitals (Hospital Agostinho Neto, in Praia, Hospital Baptista de Sousa, in São Vicente, and Hospital Regional de Santiago Norte, in Assomada). The cost of public health is supported by the government, but users must pay a fee which varies in accordance with the capacity of the user to afford it.

After independence, the different governments of Cape Verde invested massively in education and illiteracy has been reduced drastically. Today almost one hundred percent of school-age children attend school. Attendance to primary schooling, which comprises 6 years, is compulsory and free of any charge. Education is guaranteed by a network of public schools that span from nursery school to university. There are also several private schools in all levels of education.

All content from Kiddle encyclopedia articles (including the article images and facts) can be freely used under Attribution-ShareAlike license, unless stated otherwise. Cite this article:
Cape Verde Facts for Kids. Kiddle Encyclopedia.