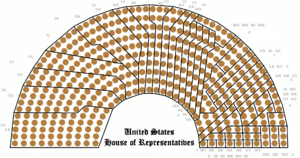 In many representative democracies (Canada, the USA, India, etc.) representatives are chosen in elections. Elections may be won by plurality or majority or some other way. In theory other methods, such as allotment (selection by a lottery) could be used instead. Also, representatives sometimes hold the power to select other representatives, presidents, or other officers of government (indirect representation).

Direct democracy is where citizens themselves vote for or against specific proposals or laws. Some city states in Ancient Greece had this system. With the large populations in modern countries it is possible only occasionally to do this. It happens in a plebiscite or referendum.

In a democracy the ultimate power to decide significant electoral system reforms lies with the people. The key question that democrats will tend to ask of any proposed change in electoral law or the voting mechanism is: “Will it actually increase the capacity of the electorate to get rid of unsatisfactory rulers and replace them with others?” Democrats regard that basic capacity as the best protection against bad government and the abuse of power.

Systems of government which do not permit electors to change the government are not democratic, and usually are dictatorships or one-party states.

The Roman Republic was the first known government in the western world to have a representative government, despite taking the form of a direct government in the Roman assemblies. The Roman model of governance inspired many political thinkers over the centuries, and today's modern representative democracies imitate more the Roman than the Greek models because it was a state in which supreme power was held by the people and their elected representatives, and which had an elected or nominated leader. Representative democracy is a form of democracy in which people vote for representatives who then vote on policy initiatives as opposed to a direct democracy, a form of democracy in which people vote on policy initiatives directly. A European medieval tradition of selecting representatives from the various estates (classes, but not as we know them today) to advise/control monarchs led to relatively wide familiarity with representative systems inspired by Roman systems.

In Britain, Simon de Montfort is remembered as one of the fathers of representative government for holding two famous parliaments. The first, in 1258, stripped the King of unlimited authority and the second, in 1265, included ordinary citizens from the towns. Later, in the 17th century, the Parliament of England pioneered some of the ideas and systems of liberal democracy culminating in the Glorious Revolution and passage of the Bill of Rights 1689.

The American Revolution led to the creation of a new Constitution of the United States in 1787, with a national legislature based partly on direct elections of representatives every two years, and thus responsible to the electorate for continuance in office. Senators were not directly elected by the people until the adoption of the Seventeenth Amendment in 1913. Women, men who owned no property, and blacks, and others not originally given voting rights in most states eventually gained the vote through changes in state and federal law in the course of the 19th and 20th centuries. Until it was repealed by the Fourteenth Amendment following the Civil War, the Three-Fifths Compromise gave a disproportionate representation of slave states in the House of Representatives relative to the voters in free states.

In 1789, Revolutionary France adopted the Declaration of the Rights of Man and of the Citizen and, although short-lived, the National Convention was elected by all males in 1792. Universal male suffrage was re-established in France in the wake of the French Revolution of 1848.

Representative democracy came into particular general favour in post-industrial revolution nation states where large numbers of citizens evinced interest in politics, but where technology and population figures remained unsuited to direct democracy. As noted above, Edmund Burke in his speech to the electors of Bristol classically analysed their operation in Britain and the rights and duties of an elected representative.

Globally, a majority of the world's people live in representative democracies including constitutional monarchies and republics with strong representative branches.

All content from Kiddle encyclopedia articles (including the article images and facts) can be freely used under Attribution-ShareAlike license, unless stated otherwise. Cite this article:
Indirect democracy Facts for Kids. Kiddle Encyclopedia.