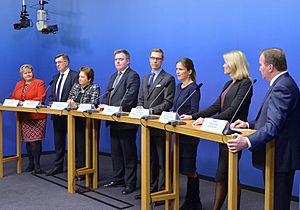 In parliamentary systems fashioned after the Westminster system, the prime minister is the presiding and actual head of government and head of the executive branch. In such systems, the head of state or the head of state's official representative (often the monarch, president, or governor-general) usually holds a largely ceremonial position, although often with reserve powers.

The prime minister is often, but not always, a member of the Legislature or the Lower House thereof and is expected with other ministers to ensure the passage of bills through the legislature. In some monarchies the monarch may also exercise executive powers (known as the royal prerogative) that are constitutionally vested in the crown and may be exercised without the approval of parliament.

As well as being head of government, a prime minister may have other roles or posts—the Prime Minister of the United Kingdom, for example, is also First Lord of the Treasury and Minister for the Civil Service. Prime ministers may take other ministerial posts. For example, during the Second World War, Winston Churchill was also Minister of Defence (although there was then no Ministry of Defence) and in the Thirty-fourth government of Israel (2015-2019)[update], Benjamin Netanyahu at one point served as Minister of Communications, Foreign Affairs, Regional Cooperation, Economy, Defense and Interior.

Countries with a Prime Minister 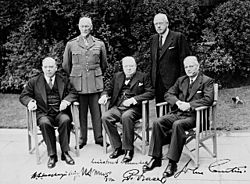 The prime ministers of five members of the Commonwealth of Nations at the 1944 Commonwealth Prime Ministers' Conference. 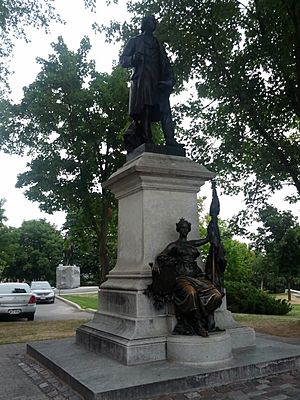 All content from Kiddle encyclopedia articles (including the article images and facts) can be freely used under Attribution-ShareAlike license, unless stated otherwise. Cite this article:
Prime minister Facts for Kids. Kiddle Encyclopedia.