Forests of Azerbaijan facts for kids 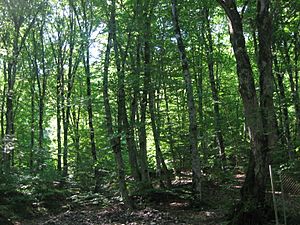 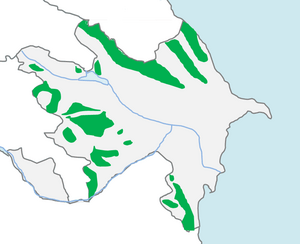 Azerbaijan has many endemic tree and shrub species, relicts of the Tertiary period which were not affected by Pliocene and Pleistocene glaciations.

All content from Kiddle encyclopedia articles (including the article images and facts) can be freely used under Attribution-ShareAlike license, unless stated otherwise. Cite this article:
Forests of Azerbaijan Facts for Kids. Kiddle Encyclopedia.