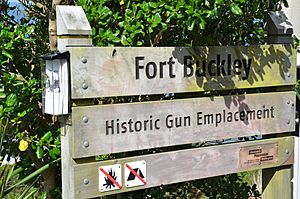 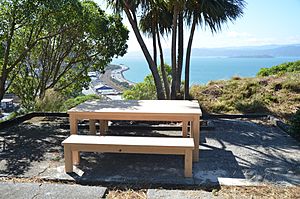 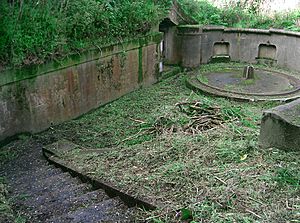 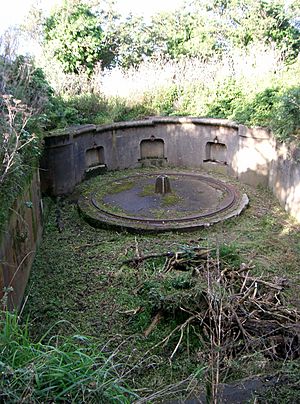 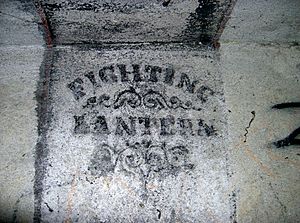 The remains of Fort Buckley, in Wellington, New Zealand, overlook the Interislander ferry terminal, the Wellington Harbour & the Wellington Motorway towards the Hutt Valley.

The fort was built in 1885, and included two rifled 64 pounder muzzle-loading guns, which had a range of about three kilometres.

During World War 2 an anti-aircraft gun was installed on the former caretakers cottage area located in the slopes above the gun-pits and midway up the overall site.

Today only the concrete foundations of the two RML gun-pits remain, but the anti-aircraft gun's original location used on the old caretakers cottage pad during World War 2 is harder to spot, though the concrete pad foundation of the cottage is obvious.

The Fort Buckley site land is now owned by the Wellington City Council, and has been set aside as a reserve since 2010. Since becoming a reserve the Fort Buckley site is now highly accessible, with a well formed gravel path installed and a prominently sign posted & fenced site entrance from Barnard Street in Wadestown, Wellington.

The path to the fort has been cleared of vegetation and scrub many times over the years (the area has had several scrub fires), and at times the cuttings have been dumped in the gun pits and built up. The Fort Buckley site is now regularly maintained and enhanced by the Highland Park Progressive Association (HPPA)HPPA residents group in partnership with the Wellington City Council(WCC).

The HPPA has researched a detailed pamphlet about the history of Fort Buckley and copies are available from a container beside the wooden Fort Buckley sign.

Heritage New Zealand [1] lists Fort Buckley as being of national historical significance. The long-term goal is to either locate the original 64-pounder guns, which are believed to be buried in Palmerston North, or to have replica iron guns cast to be placed in the two gun pits.

Newspaper and Media Articles: Historic Wadestown Fort gets a facelift [2]

All content from Kiddle encyclopedia articles (including the article images and facts) can be freely used under Attribution-ShareAlike license, unless stated otherwise. Cite this article:
Fort Buckley Facts for Kids. Kiddle Encyclopedia.