The Frost Entomological Museum is an active research institution, associated with the Pennsylvania State University's flagship campus in University Park, PA. The museum houses a research collection, estimated at 2 million arthropod specimens, and a public exhibition and educational space. Although the museum was founded in 1969, much of the collection dates to the early 1900s and even the late 1800s. 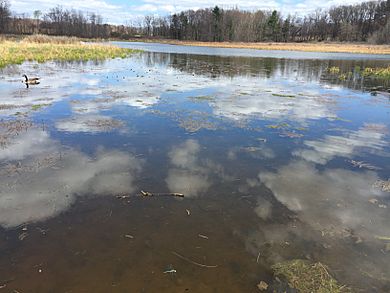 Ten acre pond, near the museum

The research collection provides a record of the insect biodiversity of the Commonwealth of Pennsylvania and the eastern and southeastern United States. Major collection holdings include:

Other notable collections, which reflect the interests of the museum’s namesake, Dr. Stuart W. Frost, include leaf miners, light-trapped insects, and arthropods of the Archbold Biological Station.

All content from Kiddle encyclopedia articles (including the article images and facts) can be freely used under Attribution-ShareAlike license, unless stated otherwise. Cite this article:
Frost Entomological Museum Facts for Kids. Kiddle Encyclopedia.