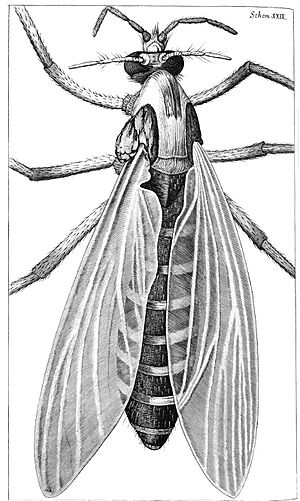 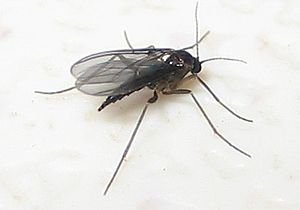 A gnat is any tiny fly in the suborder Nematocera.

"Gnat" is a loose descriptive category rather than a technical term. They can be both biting and non-biting. The biting ones are often called midges. Often they fly in large numbers, called clouds, in damp places like the Scottish Highlands.

One interesting group are the eye-gnats. the Smithsonian Institution describes them as “non-biting flies, no bigger than a few grains of salt, ... attracted to fluids secreted by your eyes”.

All content from Kiddle encyclopedia articles (including the article images and facts) can be freely used under Attribution-ShareAlike license, unless stated otherwise. Cite this article:
Gnat Facts for Kids. Kiddle Encyclopedia.