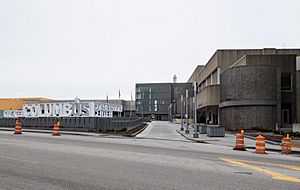 Part of the Ohio Center portion of the complex 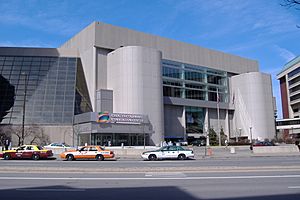 The Greater Columbus Convention Center is a convention center located in Downtown Columbus, Ohio, United States, along the east side of North High Street. 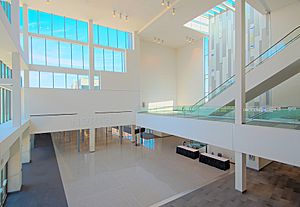 Interior of the facility's Battelle Atrium 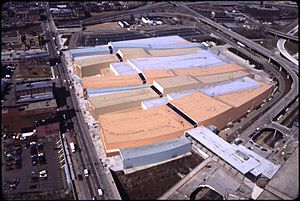 The Greater Columbus Convention Center in 1993, prior to multiple expansions

Owned and developed by the Franklin County Convention Facilities Authority, the GCCC embarked on a full-scale exterior and interior renovation in 2015 that will be completed in 2017. As part of the expansion nearly 37,000 square feet of exhibit space and 10,000 square feet of two-level meeting space will be added.

All content from Kiddle encyclopedia articles (including the article images and facts) can be freely used under Attribution-ShareAlike license, unless stated otherwise. Cite this article:
Greater Columbus Convention Center Facts for Kids. Kiddle Encyclopedia.